Subtitle: Are we ready to take WordPress as a CMS seriously yet? 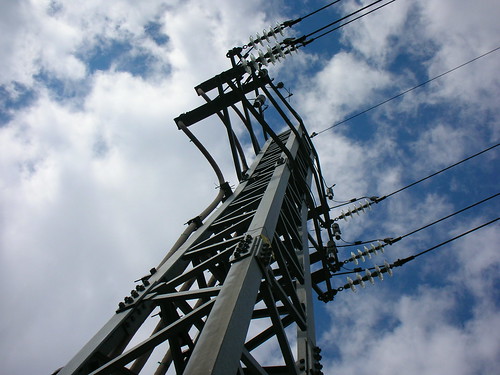 This is a post that was inspired by both a question on OLDaily as well as a post about Drupal documentation on Half an Hour. I originally threw out a flippant response to the “Joomla or Drupal?” question in regards to open source content management systems, that was appropriately handed right back to me. This, along with a recent momentous event, further encouraged me to sit down and spend some time framing a series of thoughts about WordPress (bordering on a misguided passion at this point) I have been raving about for well over a year now.

The common criticisms I hear about WordPress are that while cute for blogging, it can’t do much in terms of sophisticated Content Management and more granular permissions. Let’s take a moment here and think about these two “shortcomings” in relationship to how many of the best minds in ed tech have begun to conceptualize distributed learning networks in terms of more personalized spaces. In turn, these ““Personal Learning Environments,” “Virtual learning Environments,” and/or “Virtual Learning Spaces” (the terminology is still uncertain and in flux but all share a common core of an online space where users can shape their learnings through content creation, links, aggregation, integration with 3rd party online services, etc. -see recent discussions here, here, and here) while being in a direct relationship with others that feed out into the various services and designated spaces while also quickly and easily ingesting, feeding out, and represent information to reflect the goings on of a distributed learning network -and hopefully with some intelligent filtering, variegated coupling, and visually pleasing re-presentations. Stephen Downes says it better:

Very similar to EduRSS in concept design is the student version of the same idea, generally known as the Personal learning Environment. The PLE differs from EduRSS in that it depends explicitly on external services (such as Flickr, del.iciop.us, Blogger and the like) for data retrieval and storage. The ‘node in the network’, with the PLE, is actually virtual, distributed over a number of websites, and also very portable (ideally, it could be implemented on a memory stick).

Now the point has been, and should remain, that and individual within a given network should be able use the numerous tools she prefers and “they” (they! who in the hell is ‘they‘?) should find ways to aggregate, filter, and reflect relationships through topics using RSS, RDF, category tags, etc. (also known in certain abject circles as EDUGLU!).

Given this as a basis to move within and from (while at the same time acknowledging that web authoring tools may once again radically change or become interchangeable some time soon) -why are so many folks so quick to discount, or fail to even consider, WordPress as an ideal content management system for the more distributed learning networks that have been on so many people’s minds as of late? Why is a more simplistic blogging platform with an insane user and development community an ideal CMS for distributed learning networks? Well, it’s ideal in a few senses within some very specific contexts, let me try and be both specific and clear.

The architecture and design of more robust, enterprise-ready content management system’s are rooted in a more centralized logic of power which is anathema to the theoretical push towards a more coherent understanding of Personal Learning Environments.
Large, hulking CMSs (take Blackboard as one example in the educational sector) are premised upon allowing a large number of folks to add content to a website -or a series of nodes within that network. The hierarchical and closed structure of such a system affords more rigorous permissions through a built-environment that greatly limits the horizon of possibility for the end-user. Such an architecture is premised upon control, limitations, and ultimately a phantom sense of security for a particular learning environment -often begging the question is isolation the same as security? In fact, central to the design of such a system is the logic of a more centralized notion of power and, often by extension, capital (more on this in part two of this series of posts).

A CMS that is premised on permissions and control is often, but not always, built at the expense of flexibility and community. Open source options such as Plone, Drupal, and Joomla (just a few examples from an extremely large field of Open Source CMSs) do an excellent job of moving away from this logic; they offer open, flexible systems that have more complex permissions management and a rich community of user designed add-ons. Yet, these applications are very much geared towards a group, or community, driven site that by its very nature has to compromise certain possibilities in order to police concerns dealing with access, permissions, security, etc. For example, the design for permissions and controlled access shaped the nodal system of Drupal which puts the burden of administration upon one, or a few, individuals for a much larger community. The questions of power and control, while not central for these open source applications as they still are for BlackBoard and its ilk, remain integral to the design of the more traditional multi-user CMS. 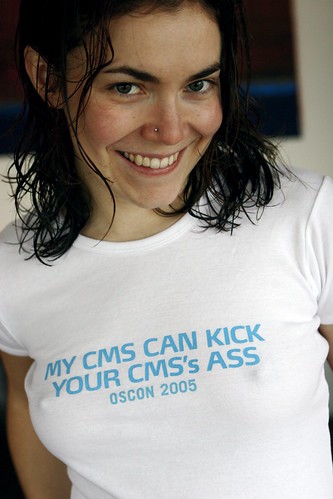 Alternatively, WordPress was designed with little or no intention of controlling access in any granular way. In fact, for WP versions 1.2 through 1.5 it would be next to impossible to define just what the “10 levels” of user privileges actually denoted -for there were effectively three user roles: subscriber, author, and admin. Interestingly enough, to a large extent that is still the case. At this year’s Northern Voice, D’Arcy Norman and I presented a session called “More than just a blog.” In retrospect, this presentation was a bit all over the place for the first 20 minutes (that would be me) but took a really interesting turn thereafter -culminating in a quite provocative discussion about the strengths and weaknesses of using a blog as a CMS rather than a CMS as a blog. Chris Lott was particularly insightful on this account, and suggested that WordPress (or any other more “simplistic” blogging application) was not designed to management content in more sophisticated ways, and hence will never effectively act like a more robust CMS, -for the very reason that WordPress (or just fill in some other blogging application here) was designed specifically for blogging. An excellent point to challenge some of my assumptions that made me reconsider my rantings at length afterwards.

Almost three months later, I still agree with Chris and think he hit the nail on the head -the difference between the “more simplistic” content management of a blogging application like WordPress versus a more robust permissions based CMS is that it is really designed for a small number of users, often one, to frame out and customize their own web-based environment (think PLE in the Downes definition above). The limitations of a more robust community site (which is why everyone pushes Drupal or Joomla) for a stand alone WordPress install are readily apparent, but that quickly changes when we begin to think of the possibilities of a collective of WPMU nodes (in this case the node is an entire blog maintained and configured by a very finite number of users) that are loosely connected by rss, dynamic subdomains, php scripts, and a whole host of plugins. In such an environment, the ability to aggregate and sort feeds from distributed resources (such as blogs, flickr, youtube, wikis, etc.) from outside of the immediate instance of WPMU, within on-the-fly static pages that represent a dynamic space for the interaction, cross-pollination, and fermentation of ideas are all just a couple of plugins away (more on the specifics of what this WPMU environment might look like in part 2).

And that, my dear friends, is the key to the powerful simplicity of WordPress (which magnified millions, if not billions, of times is the key to the social web) -the harnessing of a rich community of users that both independently and collaboratively are constantly designing new features to make the their own experiences that much more dynamic. The WordPress community is second to none for blogging applications, and I would argue CMSs more generally, for the very fact that it is dead simple to use and depends almost exclusively on user-generated modifications to customize and shape the architecture of the application. The simplicity of WordPress allows for just about anyone to run and maintain a WordPress blog and have a dynamic publishing environment in little or no time. The ease of use and wealth of possibilities in the form of plugins allows for that many more people to be thinking about what they want out of their particular WP environment and how they might accomplish it, or ask for it, or find it for themselves on the extremely well-organized WP support framework (a killer combination of forums (bbpress), WordPress (blog/frame), and documentation Codex (MediaWiki) -I’ll return to this combination in more detail for part three of this “series” of posts).

In short (this is obviously a joke!), the power of simplicity is not so much because WordPress is “the one tool” or “the perfect application” (despite how I might often come across) -it’s power is in its user community, and its user community is empowered by the simplicity of the application, and, finally, the simplicity of the application has everything to do with the logic of its design. The power of an application like WordPress is a paradox of sorts (or at least a contradiction!) – by refusing to be overly concerned with creating a framework of power viz-a-viz the all too often CMS concerns of controls, limits, and privileges -its often touted weakness has proven to be its greatest strength.

Fight the power of the CMS man

9 Responses to WordPress: power and simplicity