“…At her feet he bowed, he fell: where he bowed, there he fell down dead.” 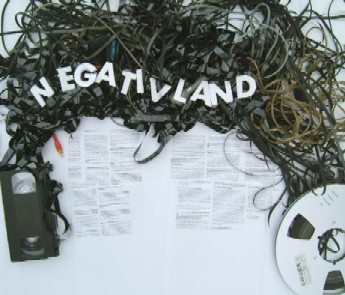 I’ve spent much of the early morning hours reading through Brad Efford’s awesome Judges 5:27 blog—the Reverend’s last man on ELS Blogs! It is, without question, worth putting on your blogrollif you are into discovering an amazing range of thoughtful reflection on all kinds of film, music, and mashup craziness. I’m learning a ton from him, for example his post about truth and The Evolution Control Committee video “Rocked by Rape” is out of control (and brand new for me). He also makes passing reference to Plunderphonics in this post while introducing his logic for his formative 10 albums (a great series I’m following hungrily- I’m loving Squirrel Nut Zippers). I hadn’t heard the term Plunderphonics before, but it certainly is extremely relevant to music’s current, entrenched battle against copyright. I was already familiar with this concept/artform/movement? to some degree given Negativeland’s “work”—but Plunderphonics as a term framing this movement was one I hadn’t been aware of until now, thanks Brad!

What struck me like a lightening bolt this morning was how much Brad’s blog might illustrate, to some degree, the power of the ELS/UMW Blogs experiment for the UMW community more generally. I first came into contact with Brad’s blog when he was taking Gardner Campbell’s Film/Text/Culture class during the Spring, 2007 semester. We have since had several other occasions to talk movies, music, mashups, and everything else interesting, and he is only a rising junior, so I have at least two more years of on-site goodness. After spending several hours reading Brad’s posts that range back over a year, I was reminded of just how integral to the learning community the work DTLT has been doing at UMW truly is. One small example of this was the conversations Gardner and I had in both June 2006 and January 2007 about harnessing the power of multi-user, distributed blogging which resulted in a series of experiments with his Film/Text/Culture classes, which I think was beautifully captured during the Spring 2007 experiment with ElS Blogs.

“Back in the day” of ELS Blogs when we were running WPMu on a Bluehost account and had under 100 blogs (most of which were Gardner’s students) I invested a lot of time reading the posts quite closely, but I still couldn’t read everything. I read enough, however, to get a good sense of how cool that class was. Gardner took the idea of distributed, individual blogging for a class to the next level during that semester. Exemplified by when he asked the students to post their final papers on the blogs, which would include at least three trackbacks to posts by other students in the class over the course of the semester that had informed their thinking about a particular, film, theory, idea, reading, etc. He presented on this approach at Faculty Academy last year, likening it to re-imagining how we use the library to cite the work of others that inform our scholarship. I thought it was a great conceit to frame his always amazing work, but I haven’t thought too much more about it until I began reading Brad’s blog in its entirety this morning.

Gardner’s course featured some great films by Errol Morris, and one of the posts by Brad I stumbled across this morning beautifully illustrates the power of this distributed community of class bloggers to create links, references, and an engaged community of thinkers. In this post Brad voices an interesting and intelligent take on Fast, Cheap and Out of Control that has me re-thinking that film a bit. Below is an excerpt from Brad’s critique of Morris’ film:

Fast, Cheap & Out of Control felt like a neverending trailer for a film that never actually presented itself….The problem is, this trailer is 80 minutes long….I was a big fan of Morris’ idea of filming his subjects in natural environments (their homes, a park bench, on a boat), so watching this movie seemed like a huge step backward for the filmmaker…This is what made Morris’ earlier films so much more brilliant: the idea of letting the people speak for themselves, without distractions or cheap camera tricks…there were too many of those, too, those cheap little skewed camera angles & slow-mo edits.

I felt cheated, having to watch an Errol Morris film that didn’t feel fully there. It felt too edited….whereas Vernon, Florida’s intrinsic beauty as a film was all in its seemingly shoddy editing….it felt to me like Errol Morris tried too hard to make them interesting for the sake of fleshing out some larger themes. Show me something that isn’t trying to impress me & I’m far more likely to be impressed. The style was too big for the movie, the characters too small for the style, & the whole thing way too Hollywood.

After reading this I think part of me agrees with Brad when I compare it to Gates of Heaven or Thin Blue Line, (still haven’t seen Vernon, Florida but that will soon change after spending a good chunk of this morning reading and trying to figure out Brad’s paper on the film –wow, what a cool/trippy essay that reads like a biblical exegesis with Dante’s Divine Comedy standing in for the Bible!—As a further aside: how many people can go back and read a students essay and get excited about it?—Brad now has an archive of his thought that I can interact with, argue about, and learn from -I love that!) for while Thin Blue Line starts to play with the re-enacted, slo-motion “visions” of what might have really happened, it is the conversations and the way in which those characters talk candidly about the events surrounding the murder that remain truly compelling.

But Brad’s differing perspective on the place of Fast Cheap and Out of Control in Morris’ filmography didn’t go unnoticed by Tyler Babbie in his final paper when he recognizes Brad’s reading and his problems with the film, yet still provides his own reading of this film as a kind of visual poem about obsession. To quote Tyler’s final paper:

This post wouldn’t be complete without mentioning Brad’s blog, and trying to speak to the issues he raises in Fast Cheap. Brad felt like it was a big trailer for a movie, which never happened. This movie worked for me, obviously. It cannot be approached as a normal film. To watch it, you need to get into a sort of trance where you relish every word the characters say, every image on the screen. It’s not a novel, it is a long poem
….

I do not watch many movies, and I’ve learned how little I know about them in this course. Maybe the flashiness of Fast Cheap appeals to me because I’m not silver-screen jaded. I don’t like most films I see, and I can’t say what makes a good film for me. Vernon Florida was fantastic. Fast Cheap seems more epic. Morris took a big risk in this film, making it so colorful and editing with such intent. To me, it is a complete success. I can see why it wouldn’t be so great for Brad and other people, how the charm of Vernon could trump the power of Fast Cheap. But as poetry student trompling around in another medium, it pushed all the buttons I like to have pushed. I guess it’s like the Faulkner/Hemingway debate. I’m Faulkner all the way, I like rich language and color and strange angles in novels and in films. As Brad says, the people in the film “are chosen purposely & precisely for their absurd nature.” I don’t know about the absurd nature so much, because I think they are great (not good) examples of humanity at its most obsessive.

Regardless of where you fall on this debate about Fast, Cheap and Out of Control, I think the fact that had me full of respect, wonder, and excitement during the wee hours this morning was the fact that Gardner had encouraged these students to engage and challenge the works they were watching as I’m sure he always does in any given class he is guiding, but he has also come up with a powerful way to both trace and archive these discussions, disagreements, and meditations beautifully. And it doesn’t hurt to have folks like Brad, Tyler, and the rest of the UMW faithful to make the reading, thinking and engaging that much more rewarding.