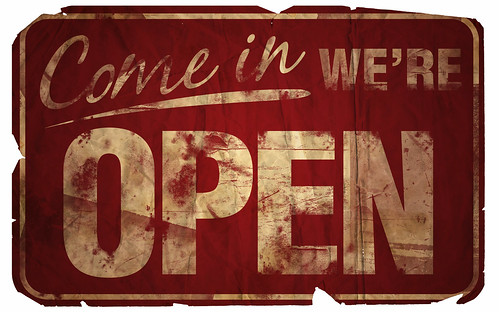 (Jan) Philipp Schmidt of Peer 2 Peer University has organized an open course (along with Mozilla and ccLearn) focused on designing the “open educational platform of the future.” It’s a great idea for a course (especially a free one!), and I was pretty excited when he asked UMW (by way of David Wiley-thanks David!) to talk about the thinking and execution behind UMW Blogs as one of the four case studies. You can read more about the course on Philipp’s blog here and here, also the course wiki can be found here.

So, I was wondering how we might organize the process we went through thinking about and designing UMW Blogs, then I remembered we all blog here, so it should be rather easy. I was hoping Patrick would share his work imagining the Semantic elements of UMW blogs, and ask Andy to frame the possibilities for integrating digital media tools with such an open publishing platform. As for my part, I thought it might be useful to organize the posts that track my thinking about UMW Blogs over the last two years. To that end, I have created an organized lists of posts on the bava dealing with the development of UMW Blogs. It will be useful for me, if no one else, to have the occasion to actually go through and organize all this stuff in some relatively coherent manner so that others might be able to build on some of it or, even better, push past the limits of my thinking—which are all too real. And given that Joss Winn has already signed-up for the class, I imagine I have more to learn from than share with this group given his recent intense and exciting thinking about WPMu in this post.

Anyway, here it goes, make the jump if you want to see an insane amount of links to all things UMW Blogs, WPMu, and me!

The following posts loosely trace the developing conception of UMW Blogs as an open, syndicated educational publishing platform. I think “The UMW Blogs Story” is an excellent overview, whereas “One Tool to Rule them All” and “The Digital Five Ring Binder” are early on in my thinking, and trace the seeds of thoughts that play out much more powerfully in the “Permanent Revolution” post as well as the “Blog..I don’t think that words means what you think it means.” The “WPMu as Eduglu” and “Syndication Oriented Architecture” posts are relevant here because they think through the conceptual model of a syndication framework to give people there own space while at the same time aggregating their work into a more centralized space easily and fluidly. Whereas the “Open Education” post is a bigger discussion of the relevance of something like UMW Blogs in the Open Education movement.

I actually think most of my posts are implicitly about a form of design in some way, a de-centered, loosely-coupled design, yet I’m not designer and I think my idea of this term has much more to do with architecture than aesthetics. That said, below are two posts where I take you through the design of the frontpage of UMW Blogs in its first (“Creating a dynamic frontpage for WPMu”) and second iterations (“New Digs for UMW Blogs, or the anatomy of a redesign”). The post “WordPress: Power and Simplicity” is an in-depth discussion about why the very design of WordPress makes it ideal for a loosely-coupled individual-based platform for teaching and learning. It examines the questions of control and authority inherent in both LMSs and CMSs, and suggests why a less control-driven system might be the new standard. Finally, “The Design of Openness” is my attempt to think through why I believe the very architectural design op WPMu makes it a key ingredient for openness in education, as opposed to the open source CMS model.

There is a ton here, and I have spent much of the last two or three years trying very hard to cobble together a syndication logic that works. I m not a programmer, so this really depends upon finding the right plugins and tweaking them accordingly. The trajectory of syndication plugins went, at least for me, from WP-Autoblog (now defunct) to Wp-O-Matic (solid but a bit clunky) to FeedWordPress (what we are currently using). The posts below range from everything from conceptual thinking to very specific tutorials on these tools. If you don;t want to read it all—and who could blame you—I recommend “Syndicatin’ Welfare on the Cheap” and “The Revolution will be a Bus.”

This is a topic I am truly fascinated by, and the idea that each blog within a WPMu installation can have its own, unique domain is so wild to me. The first six posts below are really tutorials and rough thinking about how this works and what it might mean. The final post, “A Domain of One’s Own” suggests the larger possibilities for what it could mean for a University or college that wants faculty and students to begin thinking specifically about questions of digital identity.

This is kind of random series of posts. I recommend WPMUdev and WPMu Tutorials for more specific plugins and tutorials, also Google is quite goo too 🙂 But I have blogged about so many plugins in so many different forms that I linked to a couple of summary posts that may or may not be useful. Searching for plugins is the fun part, so I would recommend you think of these resources as potential starting point, because discovering new plugins to make your life easier is key element of the adventure.

Quite frankly, I don’t know what the hell an eportfolio really is, this was a series of three posts where I tried to spell out how we can begin re-thinking the eportfolio using WPMu as an example. And while I hate the term “eportfolio,” if you are interested in some other ways of imagining it these posts may be of some limited use.